With a span of 30 metres and a total lifting capacity of 30 tons each, for cleanroom ISO class 7 according to ISO 14644-1, these cranes range in the top of the world ranking.

But there was more to be done - a number of challenges had to be tackled in advance.

Due to the building situation on site, it was not possible to deliver and assemble the 30 m long crane bridges in one piece. This is why the cleanroom crane bridge girders were manufactured with a cross-sectional area of 1,600 mm height and 625 mm width in three segments. The three segments were connected to one bridge girder on site by using bolted joints.
Due to this requirement and for static reasons, the end carriage of the cleanroom crane was also split and supplied as so-called "boogie" model. Thus, the two crane bridges could be lifted individually onto the crane runway and be assembled to one double girder overhead crane with a coupling rod. 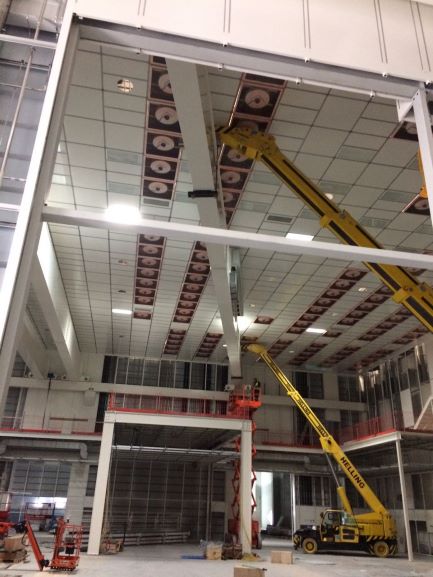 By cambering the bridge girder segments, ALTMANN worked against deflection due to the dead-weight. This means that the box girders were welded with superelevation, which is compensated after assembly due to the deadweight.
When the overload test was made, only a deflection of clearly better than a thousandth of span was measured! The load and synchronising tests were passed with flying colours. 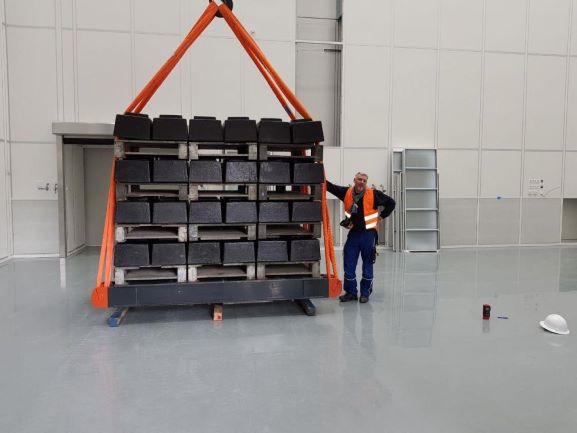 The maximum use of the available ceiling height was an essential customer specification right from the beginning, and it was outstandingly implemented.
The ALTMANN assembly team has overcome the emerging difficulties in installation excellently.

The 30 tons of total lifting capacity are achieved with two electric belt hoists that can be operated individually and synchronously. The accuracy in synchronous operation is +/- 1 mm! 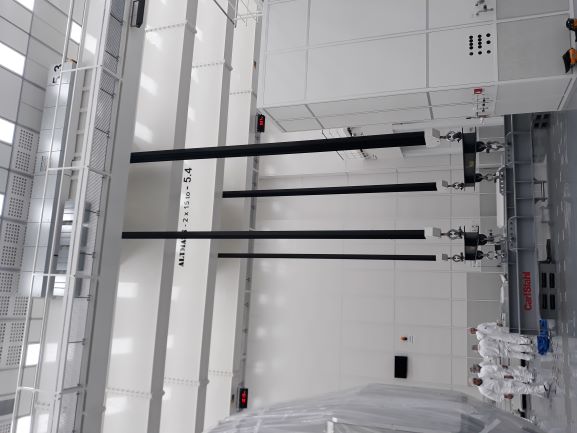 The scope of delivery is completed by a catwalk on one of the two bridge girders, for easy access to the most important components such as control, cleanroom belt hoist, drives and end carriages. In addition, a load display for each hoist is installed which enables the users to keep track of the load with high accuracy.

A display on the radio remote control with operating options enables the operating and maintenance staff to read out the state of the crane system, beside the attached load. With this, the maintenance staff has got an excellent tool to remove possible disturbances purposefully in the event of need.