Our work is quite unique because everything comes from a single source. We stand for top quality and individual solutions," says Managing Director Robert Altmann. "The video kind of opens our doors because you don't just knock on a company's door and ask to see the work. We would like to show in the film that we offer complete crane solutions from the concept to production, the test stand and assembly at the customer's site - everything from a single source!" 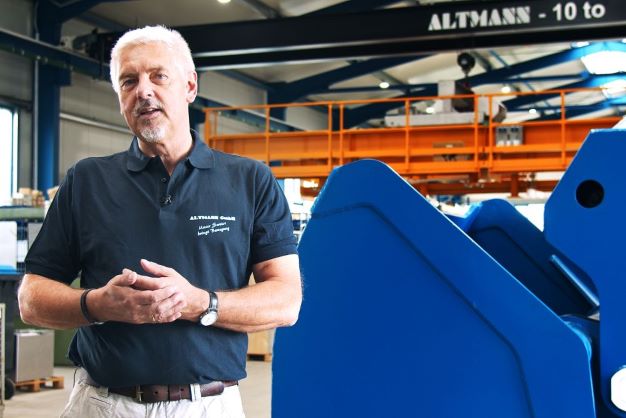 Fig.1: Interview with the management

In the new film, Altmann GmbH presents a practical example. On the first day of shooting, a current project was filmed at the crane test stand at the company headquarters in Albaching, in the Rosenheim district. At the beginning of May, the crew visited one of our customers, filmed the assembly of a crane and conducted interviews.

Today the managing director interviews were recorded, and a missing scene was filmed at the milling centre showing a 3D sensor. 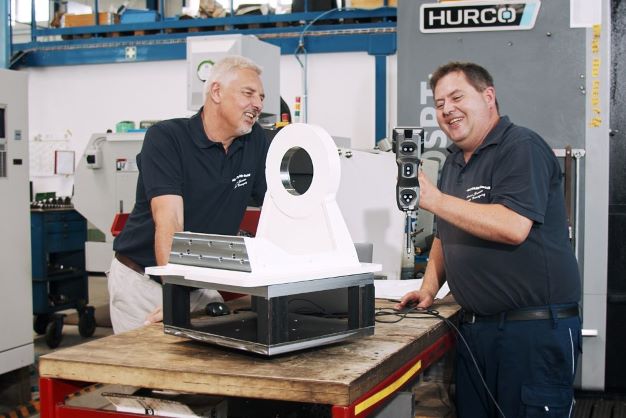 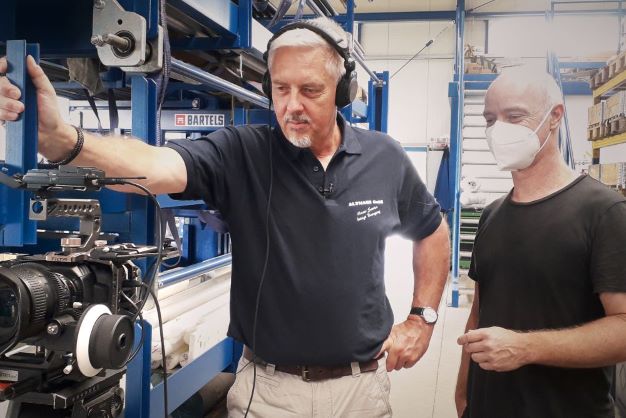 The corporate video follows the five apprenticeship videos that were created in 2021 in cooperation with our apprentices and directed by the Munich photographer Tom Gonsior. In the short films, we show how diverse an apprenticeship at Altmann is, and what an important role young employees play in our company.